A 16m long lightbox for the Council of the European Union

A huge 16m long LED lightbox, perfectly lit with Vivalyte LEDs has recently adorned the buildings of the Council of the European Union in Brussels, emphasizing the interdependence of the member states in the European project.

The fabric of Europe

When France took over the presidency of the Council of the European Union on January 1, they wanted to give it some symbolic significance. What could be better than a monumental work of art that perfectly captures the identity of European cooperation?

The European Union is pre-eminently a patchwork of like-minded countries. Since its inception in 1958, the number of participating states has grown from 6 to 27. A variety of countries intertwined their economic and political interests.

As the incoming president, France wanted to highlight this interweaving. In large works of art, the national flags of the states are woven into a new fabric: the fabric of Europe (L’Étoffe de l’Europe). This fabric depicts the values, institutions, nations, and citizens of Europe. A unity that is made up of great diversity.

16m LED lightbox for the EU

A monumental 650m2 canvas literally weaves the European fabric. In addition, the weaving theme also appears in a highly visible way in a Vivalyte-lit long lightbox. 16 meters of light wall shows the visitor an infographic of the growing European fabric. From the six original states to the group of 27 countries that are now working together on the future.

The 16m LED lightbox for the European Union focuses on sustainability with low consumption of raw materials and energy, recycling of all equipment and materials and waste, short production, and transport circuits. Here too, Vivalyte was able to provide good support. From our extensive search for energy-efficient lightboxes, our modular re-printable systems, and our experience with smart signage, we gladly helped to make this project ecologically responsible.

We would like to thank our partner Nickel Creative Solutions for the cooperation in this wonderful project. 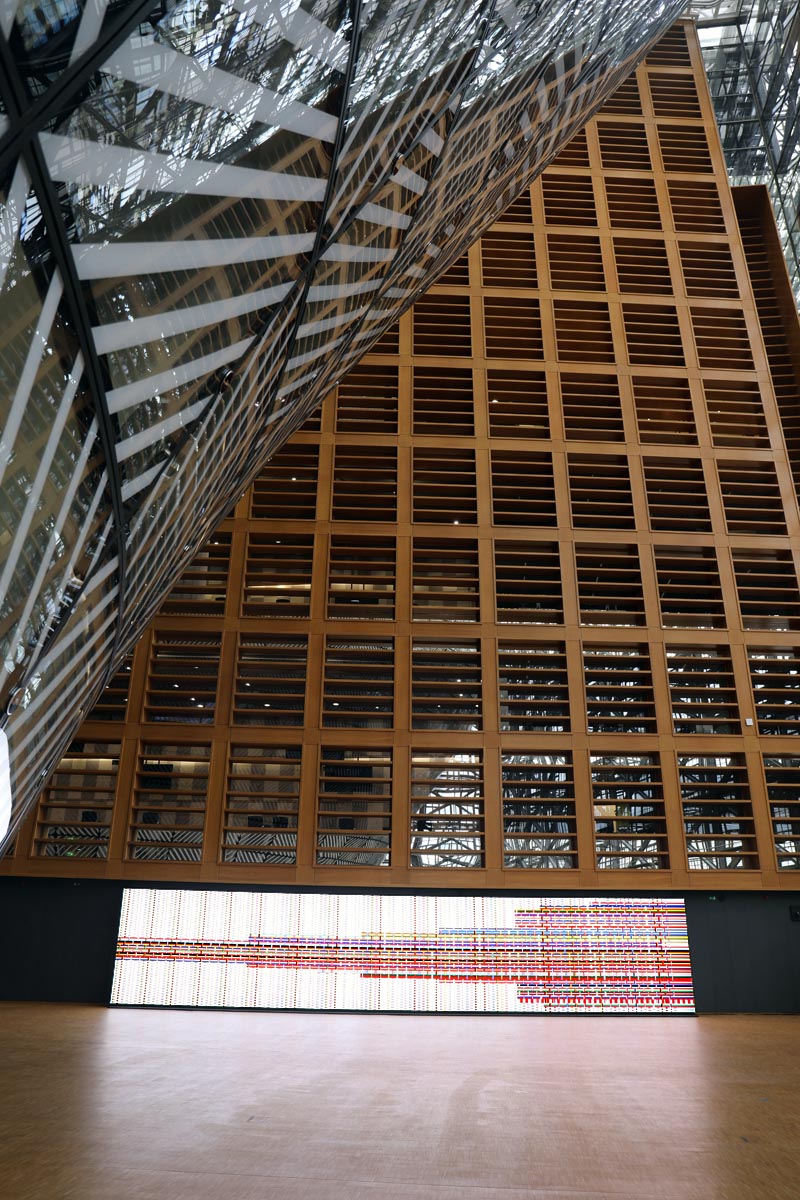